A beautiful male sand lizard, extinct in Wales until recently, habitat restoration and a well designed reintroduction scheme has restored this beautiful Welsh Dragon to its homeland.

Truthfully speaking, this project first began in it`s infancy four years ago, but probably even longer ago than that.

Since childhood, I have been passionate about and fascinated with wildlife and eco-systems.   All organisms interest me, but from a young age I have focussed particularly on two groups of animals, amphibians and reptiles.  My childhood hero Gerald Durrell once commented that the public in general were only interested in spectacular animals, the giraffes elephants and lions, and that critically endangered but less noticeable creatures were overlooked.  He called these animals LBJ`s, Little Brown Jobs.

Although a multitude of amphibians and reptiles (known collectively as herpetofauna, herpeton is a greek word meaning "crawling thing") are spectacularly coloured many are not and sit well in the LBJ category.  Aside from that however, herpetofauna has long had a very bad press.  Snakes have long been portayed as "bad".  Right in the beginning of the bible, the individual that "caused all the trouble" appeared in the form of a snake.  Phobias associated with snakes, frogs and lizards are widespread.  The reality is of course that both amphibians and reptiles are fascinating and essential components of eco-systems that are beautifully adapted to live in an incredibly diverse range of habitats, especially when one considers that they are ectothermic.  That is, they rely entirely on an external heat source to reach a temperature at which they can function.  Being mammals, humans generate their own heat from within.  This uses a lot of energy however. Most of the food that we eat is used keeping our bodies warm. In contrast, amphibians and reptiles can run on "economy mode" and do not require anywhere near as much fuel to function as humans do.  During particularly cold weather, amphibians and reptiles are inactive.

I have long sought to raise awareness with regard to amphibians and reptiles and help people gain a better understanding of these animals, but my priority has always been to conserve and regenerate habitat.

Why not integrate both goals? And more?

I began the process of identifying other interested persons and establishing a conservation group with the objective of initiating proactive and applied conservation of herpetofauna in South Wales back in 2009 when South West Wales Amphibian and Reptile group (SWWARG) was formed.  SWWARG have since undertaken a variety of habitat creation projects as well as raising awareness with regard to the conservation of amphibians and reptiles.  Habitat creation is essential to stabilize and increase populations, and practical sessions, (generally taking place in the winter months) can be fun and engaging ways to involve people.


Amphibians and reptiles perform an essential role of regulating slugs and other agricultural "pest" species.  In turn, they also feature prominently in the diet of many other species.  For example, otters are on the increase in Wales which is fantastic news and an indication that our rivers and wetlands are once again more suited to them.  Frogs, toads and newts form a substantial portion of otter diet, and otters are just one of many predators that rely upon them as a food source. However, amphibian populations are currently declining. Might it not therefore be a realistic course of action to regenerate habitat that is conducive to stabilising and increasing conditions for biodiversity?   Pond creation has the positive effect of rapidly increasing biodiversity levels.  It is not only amphibians and reptiles that benefit from pond creation.  Plant and invertebrate numbers are effectively increased and birds, bats and other small mammals are attracted to the increased invertebrate and amphibian levels.


Recently I am fortunate to have begun a new job as habitat creation officer for Amphibian and Reptile Conservation.  The project that I shall be working on is funded by the Welsh Government Ecosystem Resilience Fund and is entitled "Reconnecting South Wales` Dragons". 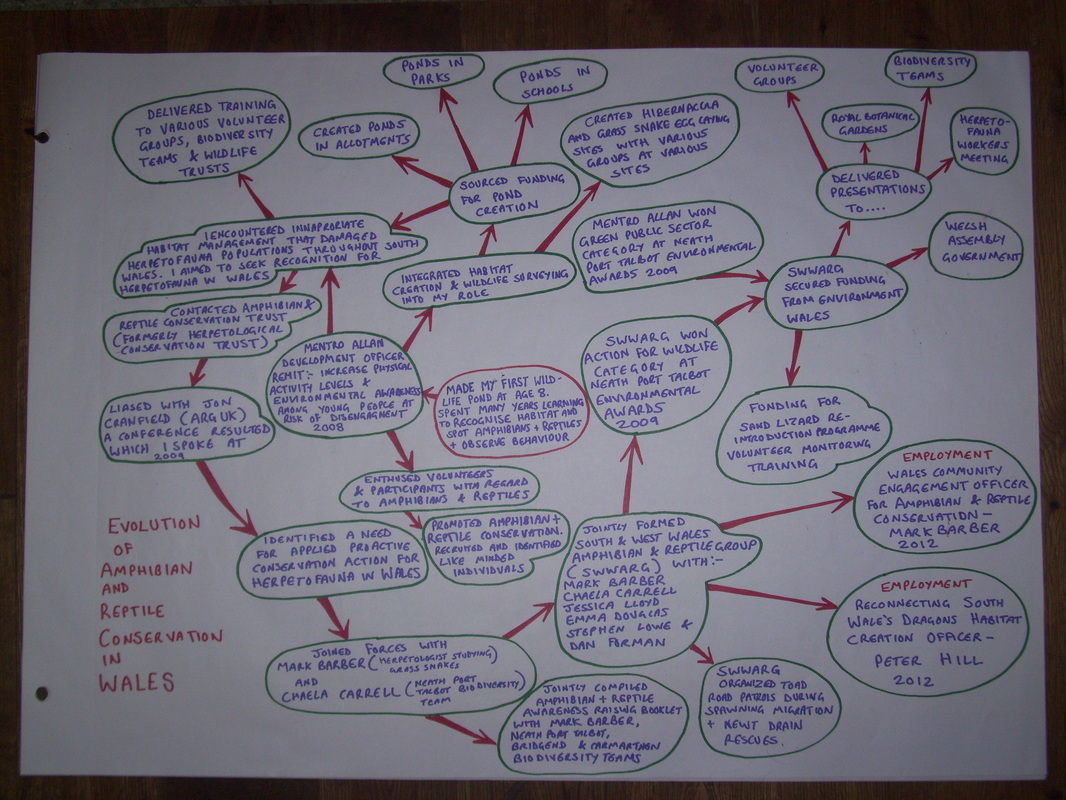 Evolution of Amphibian and Reptile Conservation in Wales

Conservation is not a term that I am entirely comfortable with in all truthfulness.  Conserving existing habitat is not enough!  Creating and regenerating habitat and consequently building the resilience of eco systems is what is required.  I therefore prefer to refer to myself and others not as conservationists but rather; regenerationists!

Involving people in all of the above as well as delivering volunteer training in ; 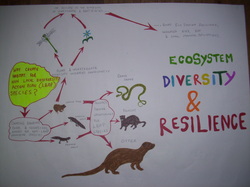 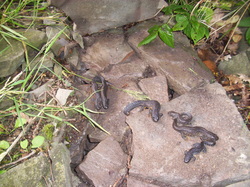 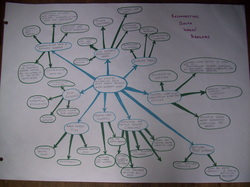 The initial project phase of Reconnecting South Wales` Dragons is principally outreach work.  Contacting all of the following throughout South Wales:

Wildlife Trusts - can potentially assist me with -

Keep Wales Tidy Officers - can potentially assist me with -


Amphibian and Reptile Groups of the UK - can potentially help with -

The Forestry Commission - can potentially assist with -

Private landowners - can potentially help with -

National Trust Wardens - have the potential to -