"The ultimate goal of farming is not the growing of crops, but the cultivation and perfection of human beings."
- Masanobu Fukuoka, The One-Straw Revolution 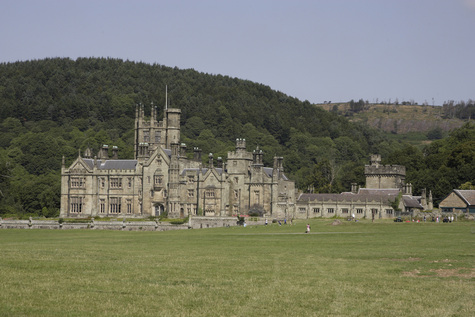 Margam Park castle, where my office is based
Project synopsis

Margam Park is a local authority owned house, gardens and parkland of historical interest that is famous for it`s mixed herd of fallow, red and Chinese Pere David`s deer or Milu.  Another feature of Margam Park is the Orangery which was built between 1787 and 1793 to house a large collection of orange, lemon and citrous trees. It is now used for functions, conferences and wedding receptions.  It is listed Grade I as one of the finest classical buildings in Wales.

I am fortunate to have my work office based at the castle, and to be able to take advantage of the door-step facility of the surrounding parkland at which to engage the people that I work with.

The castle is set amidst 1000 acres of parkland, much of which is  rolling hills and upland meadow.  There is a considerable amount of the invasive and resilient Turkish plant Rhododendron ponticum long established at a significant proportion of the park. The rhododendron stands are mature and extensive, and although they produce an attractive display of colour on the hillsides when flowering, very little else grows where it has become firmly established and the soil has become impoverished and acidic.

Not long ago, a new manager, Mike Wynne came to the Park.  Mike  is from a farming background, and has already made positive changes at the park.  Biodiversity has been taken into consideration, and funding has been secured to embark on an eradication programme of the extensive Rhododendron stands at the Park. 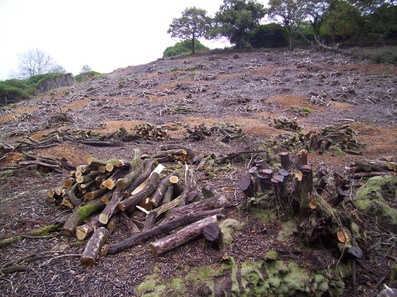 A section of hillside recently cleared of Rhododendron.

The work has already begun, and the contractors are doing a thorough job of removing the rhododendron to date.  The image to the left shows a hillside recently clear felled of rhododendron.

It is here that I am attempting to put in place some soil-building forest gardening.

My life long passion has been the wonder of wildlife, eco-systems and the diversity of species.  The ideal of working with nature rather than declaring war with it was what first drew my attention to permaculture.  For as long as I can remember I have enthused about and actively been involved with habitat manipulation/re-creation projects that increase biodiversity levels.

Earth care
The possibility of being able to integrate my life long objective of raising biodiversity levels with that of producing an abundance of food is very energising, as is the prospect of engaging people in the healing process of growing their own food, nurturing a developing eco-system and evolving new skills.

People care
Cultivating an interest in growing food, eating more healthily and getting an increased dose of the fresh air and healthy stimulating physical exercise that is available potentially has significant healing potential for the people that could become involved with the project.  Working alongside nature and of course being able to experience the increasing levels of animal and plant life developing around them can have positive life changing effects for people.

Fair share
All involved will potentially be able to take a share of the food and materials produced whilst all the while experiencing first hand how other life forms also benefit from the developing habitat and how that once a balance is achieved through establishing plant guilds and increased biodiversity levels, nature will work for people.

The site is steep in places, and the soil is considerably impoverished and obviously very acidic.
I contacted the ecology department of Swansea University, who have previously been involved with other pond and wildlife habitat creation that I instigated and jointly delivered with multiple participants at the Park.  Initial findings reveal that in certain areas of the Park where the rhododendron is long established, analysis of soil samples taken from the area indicate that only 4 species of soil organism are present, as opposed to the rich diversity that should be present in healthy soil.  Those that are present are particularly "hardcore" such as spring-tails.


This news is particularly shocking.  A carpet sample from the average household is likely to support a greater diversity of life!

There is also already noticeable regeneration from the stumps that will need addressing.

The contractors that are undertaking the clearance of the Rhododendron are also scheduled to be spraying the stumps with glyphosate.  I will do my best either to persuade the use of alternative natural methodology or to reach a compromise.  I am also prepared to accept the fact that I may not be able to alter the course of the scheduled treatment.  If such is the case, the planting schedule will be delayed considerably.

Healthy soil clearly needs to be rebuilt to prevent soil and water run off from the gradient and further impoverishing of the area.

The absence of a diversity of tree and plant species with varying root depths is noticeable.  The clear felled rhododendron is already showing impressive signs of regenerative growth.


The current high stocking density of deer at the Park means that tree and plant protection will have to be considered.

There may be a need to accommodate a bicycle training course within the site.  This has not been decided upon yet by the relevant authority.  Either way, the site can be developed.  I should receive clarification of whether I will need to include the cycle track in the design in due course. 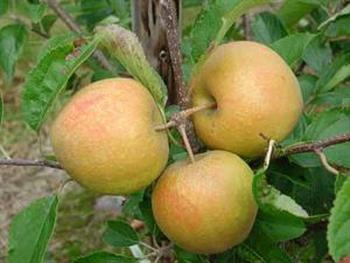 I would like to integrate the concept of own root stock fruit trees and coppiced orchards with the forest gardening ethos.

The idea of own rootstock fruit trees was first experimented with by the late Hugh Ermen, an accomplished propagator of fruit trees.

Phil Corbett is now attempting to take the concept further with the development of coppiced orchards;

"Coppice-ability is also the basis of our "Coppice Orchard". This consists of OR* trees planted in rows running north-south. When the canopy of the orchard closes, a north - south row will be coppiced and the land in the row used for light demanding crops, e.g. vegetables on a no-dig system, while the trees regrow. The trees either side of the glade will have higher light levels on their sides and produce more fruit buds. The next year another north - south row is cut but not the immediate neighbours as these will have the extra buds, so the next row for coppicing will be next-door-but-one. In other words this will be Alternate Row Coppicing. This process is repeated every year, creating a series of parallel , sheltered glades. Eventually the rows of trees forming the avenues between the glades will also be coppiced in turn, but by then the ‘glade’ trees will have regrown to form the avenues. As the trees regrow there will be glades at all stages of regrowth until the cycle repeats itself, and niches for plants suited to full light, semi-shade or heavy shade, creating opportunities for different types of land use. The number of years before re-coppicing [and so the length of the coppicing cycle] is one of the many aspects of the project that we will only learn by doing it. The exact timing of coppicing can be adjusted to suit the type of produce that is wanted most.

Apart from apples, the main planting sites of the orchard also have OR pears and plums, hazelnuts, and nitrogen fixing trees and shrubs.

Another possible yield might be heat from Jean Pain type heat - heaps using woodchips and other shredded orchard wastes. These heaps slowly compost and can yield heat over 15 months, so that a heap the size of a garage can give enough heat to provide hot water and heating for a small house over two winters. And when the heat stops you are left with a large pile of compost!

There is an old Chinese proverb that says ‘fertility follows in the footsteps of the farmer’ which is reworked as the permaculture principle ‘Fertility Follows Attention’. In the coppice orchard there is the potential for producing a great range of our needs in a single system, and productivity should benefit from our attention not being divided between vegetable plot, orchard, woodland, etc. The rotation of crops avoids disease build-ups, and if all residues are returned to the site there should be a build up of fertility. The plan is to include nitrogen fixing and soil conditioning plants, insectary plants to support useful insects, bird and bumble bee nest boxes, small ponds for amphibians and hedgehogs and generally to maximize the natural diversity, and yields, of the site."   - Phil Corbett

Below is a basic first draft of a design for the Margam site. 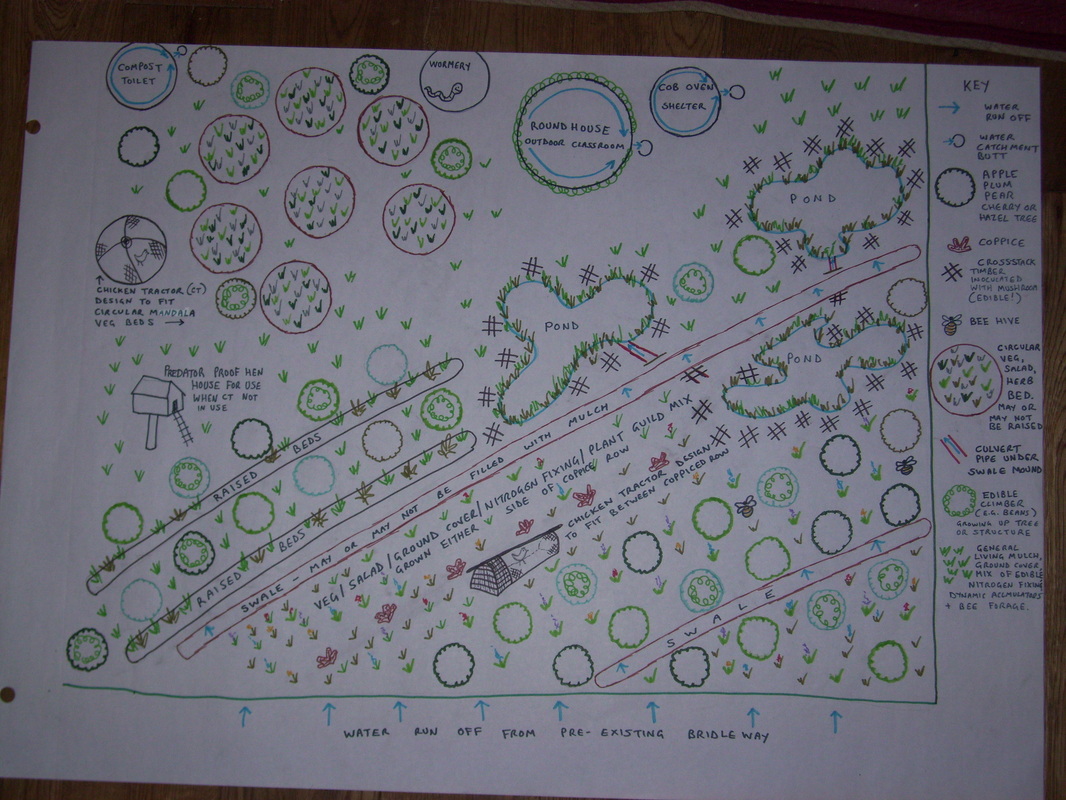 The site is on a slope which is immediately below a bridleway.  Water run off from the bridleway can be considerable during and following rainfall and is of course a valuable resource not to be wasted.  By including swales and ponds in the initial design process which will passify the flow of water, the entire site can be watered with little or no labour involved other than the initial excavation. 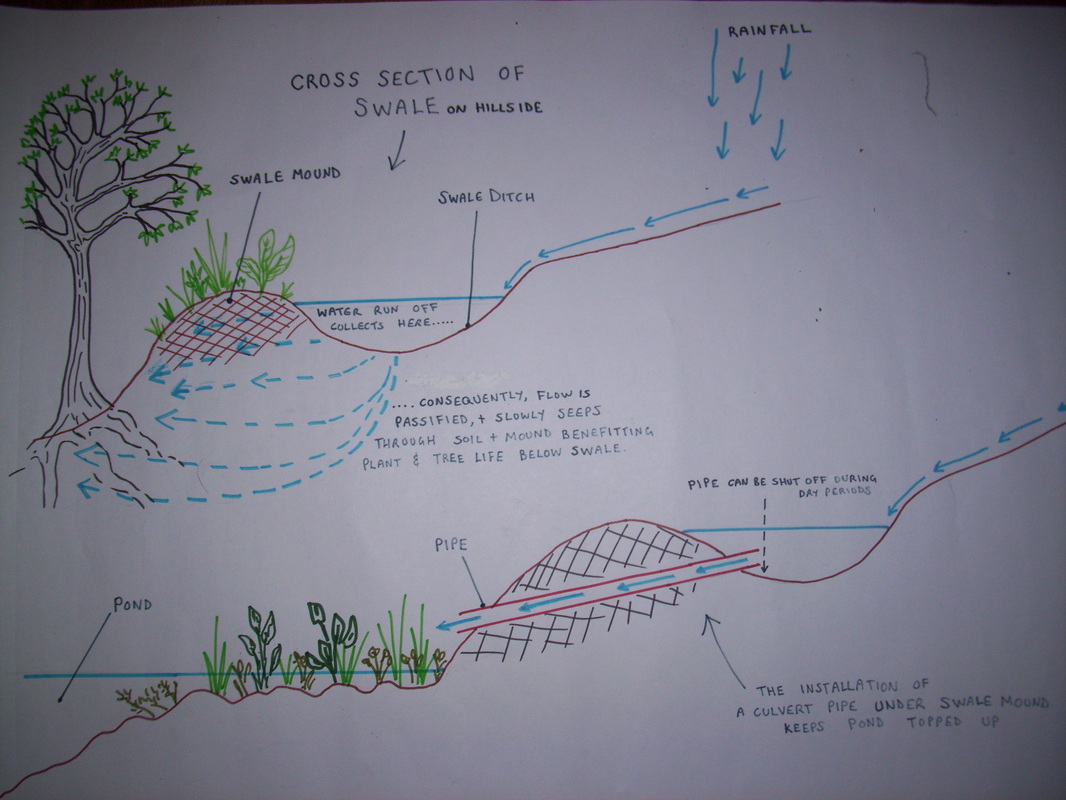 I have sourced funding from the Countryside Council of Wales (CCW) through the biodiversity unit of the local authority to cover the cost of materials required to surround the area with deer fencing.

I have contacted and spoken with Phil Corbett of Cool temperate nursery.
Phil is doing pioneering work in relation to the common sense concept of own rootstock fruit tree growing, aiming toward the goal of coppiced orchards. He was very welcoming and helpful on the telephone, spoke a whole lot of common sense and gave me a few pointers regarding own root stock fruit trees and he may be able to supply me with trees for the Margam forest garden.  I plan to visit Phil in the near future and draw further from his experience and experimental work.  In particular, Phil offered advice regarding tackling the acidic soil conditions created by Rhododendron domination at the site for the past 150 years.  Dolomite limestone would appear to be of benefit and helps with bringing PH levels back as well as also bringing with it essential stabilising minerals such as magnesium.
Treating the regeneration of the rhododendron by spraying with glyphosate is the reccomendation of the contractors that have so far undergone the clearance work.  I would like to avoid this happening if possible, at least at the site in question.  Ammonium sulphamate is a far less indiscriminate alternative that can be injected into the stump, and only requires a very small measure to cause the stump to break down and does not have the residual impact that glyphosates have.  It may be a compromise/alternative that I can highlight to the management of the Park.  The entirely organic methodology of heavy mulching and establishing a diversity of soil building plant guilds would be my favourite choice, but a compromise is more likely to be the case with the management of the Park.  Ammonium sulphamate may be just that.


Maintain, Evaluate, Tweak
Obviously, the remainder of the design process will not be apparent until the project is implemented further and the planting begins.


Resources;
The knowledge and experience of Phil Corbett. 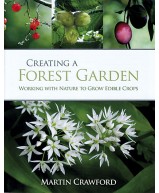 Very useful reference for cool temperate climates, although a variety of experimental exotics are referenced in the text. 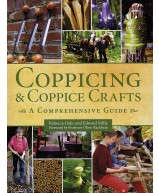 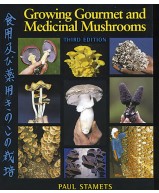 A revolutionary reference book, hard to put down. 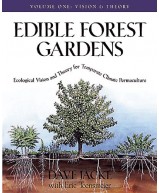 Ecological theory and practice brought together, a mine of information. 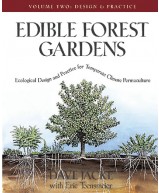 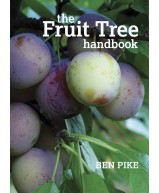 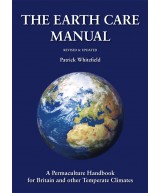 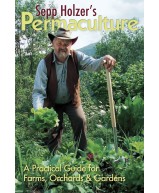 Another that is difficult to put down, full of earthy wisdom and superb explanatory diagrams.

Back to the top of the page or move on to the next component of my 2nd Diploma output, learning journal extracts.

The next stage of this project is available in output lll here.